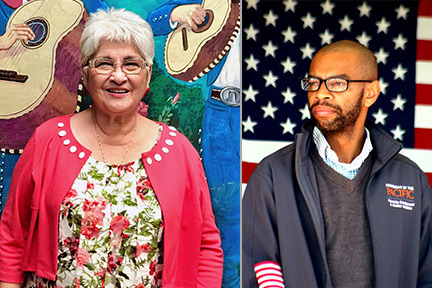 The complaint asks the FPPC to look into Thorpe’s August 29 campaign kick-off event where she says the invitation left off several key pieces of information that are required by law such as a political disclaimer, failed to state what office he was running for, and has a potential Brown Act Violation.

Rocha said she filed the complaint because she wanted to ensure people were not mislead in where their political donations were going.

Rocha also says Thorpe has many years of campaign experience and knows the political laws citing it was “strange” Thorpe would make mistakes like this while involving two other councilmembers.  She also hinted he was potentially working on a re-election campaign for a state legislator.

Thorpe responded to the allegations Monday confirming he was running for re-election as a Antioch City Councilmember for District 3.

He said would have his campaign treasurer take care of it and said it was a “slight oversight” but explained he believed it’s not a Brown Act Violation for other council members to host campaign fundraisers.  He also shared he believed all the necessary information was available because the Facebook Event announcement was tied to his City Council page.

Rocha believed Thorpe knew what he was doing.

“He should know the rules,” said Rocha. “I hope by filing the complaint, Antioch politics will remain fair and transparent heading into the 2020 elections.”

Below is the Statement Issued by Rocha on Monday:

As a longtime public official in Antioch, and as a person dedicated to the betterment of Antioch, I believe our elected leaders must embrace transparency. I also believe strongly that they must follow the law

Today, I filed a formal complaint with the Fair Political Practices Commission (FPPC) asking them to investigate recent actions of Antioch Council Member Lamar Thorpe. On last Thursday, August 8, Council Member Thorpe publicly posted on Facebook an invitation for the pubic to purchase tickets to a political fundraiser for himself on August 29th.

Political fundraisers are common, especially now since we are on the heels of the 2020 elections. But Council Member Thorpe’s fundraising notice was peculiar in that there were several omissions that raised eyebrows of a number of our citizens.

In fact, Council Member Thorpe’s fundraising invite DID NOT even mention what office he was running for. When you click on the fundraising link, it did not specify that information either. So, without a political disclaimer as required by law, there is no way of knowing where the contributions are going. If the public donates to this fundraiser, is the money going to Mr. Thorpe running for re-election to the City Council, to the office of Mayor of Antioch, to County Supervisor or something bigger? Or is it going into the personal bank account of Mr. Thorpe?

Another issue that must be investigated:  The public Facebook fundraising invitation says specifically that it is being “hosted by: Antioch District 3 Resident Karen Kops, AUSD Trustee Ellie Householder, Antioch Council Member Monica Wilson and Antioch Mayor Pro Tem Joy Motts. These individuals are leaders in our community, and they should be fully aware of the requirements of the Brown Act. Is having two Council Members hosting a fundraiser for a third Council Member a violation of the Brown Act?

These are all items I have asked the FPPC to weigh in on. Council Member Thorpe is not neophyte to the political process. I assume he knows the laws and on behalf of the Antioch community, I respectfully ask him to follow them.

We will update when the FPPC takes up this complaint.