On Tuesday, the Antioch City Council unanimously adopted a motion to direct staff to develop a city Ordinance that would ban medical marijuana cultivation.

This is in response to the State of California adopting AB 266, the “Medical Cannabis Regulation and Control Act”, which comprehensively addresses several aspects of the medical use of marijuana, including its cultivation. The measure has been signed into law by Governor Brown.

The City of Antioch has until March 1, 2016 to adopt an ordinance. If they do not, then local prohibition/regulation will be precluded, and the State will have exclusive jurisdiction. However, the law does provide that the State will not issue a license for the cultivation of medical marijuana if a local agency has prohibited cultivation, or adopted regulations, prior to March 1, 2016.

“My perspective is that its easier to ban it now and brass it down from that then I would be to let it go and then try and have to tighten it after the State puts up the walls. They create these problems because they do not give the cities enough time to really give much input or give much time to think about these things,” said Duran.

According to the Staff report, Proposition 215 establishes guidelines for the number of plants for a user of medical marijuana which is six mature plants or 12 immature (without buds) plants.

City Staff and Legal explained the options the council could take from “doing nothing” to “regulating” to “prohibition”.

The council ultimately chose to prohibit it outright which will require those in need of medical marijuana to find it outside the city after hearing from Antioch Police Chief Allan Cantando.

“I would like to see a prohibition. I’ve talked to the city manager about this and we have seen where we have had cultivation, we have seen theft and in some cases resulted in homicides. I will tell you we have legally uses for other drugs such as methadone. Its creating a nuisance for those residents,” explained Cantando. “We ban it right now and lighten it later would be the best course of action at this time.”

Councilwoman Monica Wilson noted the issues at the methadone clinic, but asked about specific incidents at illegal grow houses.

Chief Cantando explained that the illegal grow houses are found through smell of marijuana or massive fire at the residence because they bypass PG&E. He highlighted these incidents are a burden not only to staff time because they are labor intensive, but they also have to store the evidence before it can legally be destroyed.

“Its labor intensive for police department and allowing it and regulating it we have many quality of life issues that have to be addressed. This is just one more burden that staff will have to be tasked with with even if the process is not burdensome for he public,” explained Cantando.

“This is a bedroom community and we want to be nice to our neighbors, not be snitches. We respect each other, but at the same idea of the whole idea is there are different mentalities to obtain marijuana. There are dispensaries outside the area,” said Murillo. “But I think its most important we do not have the governance in place to really maintain this. From the state perspective, it’s a violation of HIPAA (the Health Insurance Portability and Accountability Act) right there. You can’t really tell who has it in the city or who owns those cards. That is protected information. I am hoping that we can prohibit this in our city. We need our neighbors to be more friendly to one another.”

Joe Salazar, an 18-year-Antioch resident and San Francisco Police officer for 20 years and currently an assigned to gangs and narcotics supervising an undercover team within the city, encouraged all cities to have a prohibition in place until the state acts.

“Regarding AB 266, I encourage you all including the city attorney to actually read it a little more thoroughly and understand it. In 2016, in January the state will enact it this and it will become a law. What is going to happen is the state will allow people to have licenses. There is not going to be any permits, you are going to have a license to be able to grow, cultivate, manufacture, transport medical marijuana in the state of California,” said Salazar. “If we do not have an don’t have some sort of ordinance or act quick the state will issue these licenses and if Antioch does not have anything in place, you might find a dispensary, a lab or manufacturing place in our city. I think everyone should at least have a prohibition in place and can ratchet it down later.”

Salazar further highlighted that given his experience, it is not the outside grows to be worried about, but rather the grows inside homes. 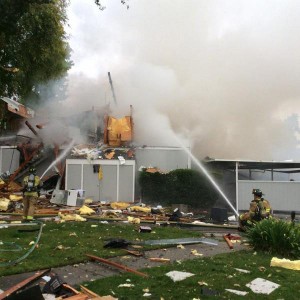 “Cultivation inside our homes has led to tremendous amount of fires, explosions. When manufacturing becomes legal in in the State of Californian in January, we are talking about honey oil labs, we are talking about things that will cause a tremendous amount of health hazards, and not only environmental due to the chemicals used to manufacture honey oil so if the city does the do nothing approach and allows the state and go by state law the city has no control of what happens. Licenses will be issued and nobody here will know how or why, but that is going to happen. It’s state law,” said Salazar.

Salazar then directed comments to Councilman Tony Tiscareno who earlier asked if the council had all the facts and data who provided him with some.

“These medical marijuana cards, probably in your 90% they are not even real cards. The state has a card program set up, but it’s only voluntary so probably your older generation who has cancer or cataracts is going to get one from the state,” said Salazar. “I would like to help you guys with this ordinance.”

Mayor Wade Harper noted that this topic came up in the past with dispensaries.

“I didn’t support that and I don’t support this. I extensively read the material and this is not good for Antioch, our youth, and so I am for the prohibition at this time,” said Harper.

In July, the Oakley City Council failed to act on an “urgency Marijuana Grow Ordinance” and will be bringing the issue back on December 8 for discussion–this was confirmed by Mayor Doug Hardcastle, Vice Mayor Kevin Romick and Councilwoman Sue Higgins via email.

Councilwoman Vanessa Perry stated that she was in favor of some kind of ordinance, just not the one previously presented by staff.

Oakley will be proposing a regulation that would restrict outdoor cultivation to six mature plants and 12-immature plants which is the minimum number set by state law. The goal is to eliminate large scale cultivation from entering the City of Oakley.

Man Arrested After Taking 9-Month-Old, Threatening to Harm Himself and Child

Nearly 3,500 Without Power in Antioch

…and her come the law suits from the ghetto section 8’ers and criminals of the like. Watch the Council fold under pressure. Lmao.

Stay tuned to watch the drama unfold. It will be another big win for marijuana lovers.

The so called draft is just smoke and mirrors.

I totally agree of city council members, our Chief and Mayor as well as Joe Salazar. I believe that OUR City officials and LEO’s will stand strong on this issue. I can also understand about the “ghetto section 8’ers crying about all this, but there are also those Liberals too. The methadone clinic is for those that need help. I can understand that, but as I drive past the clinic area, either day or night and the clinic is closed, there is loitering and drug transactions taking place at the bus stop area next to the 7-11 store at Davison Dr.& Sunset Lane. I can’t say that I have ever seen seen Antioch Police present there. I can say that I have seen drug transactions take place. Shame, Shame, Shame. Does Antioch have any “under cover” officers lurking around there and other places where illegal activity is present? I don’t know. I believe there are a ton of issues concerning our City. Perhaps us that live here and want change, we need to attend City Council meetings and speak up. At least we still have OUR 1st amendment.