At roughly 11:49 am Thursday morning, fire crews from Contra Costa County Fire Protection District responded to a kitchen fire on Cabrillo Ct. in Antioch. Upon arrival, smoke could be seen coming from the home.

Crews immediately set up a water supply and searched the home which had been evacuated. During the search, they confirmed a fire had started in the kitchen and believed their had been an extensions into the attic. Upon further investigation,  they quickly found the hot spot and put it out before it prevented any further damage.

The incident closed off the Court blocking in residents while it also shut down 1-lane on Buchanan Road. 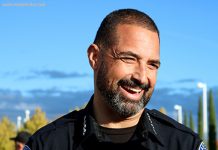